Crime Reports for All Areas of Ottawa 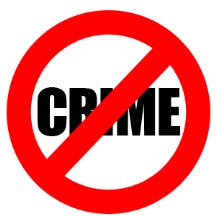 Everyone wants to know which are the safest neighbourhoods and the areas to avoid, you can easily find out by checking out our crime reports.

If You're moving here from out-of-town and don't know the neighbourhoods, we can help you choose a safe place to live.

Crime Reports below are all active links, click to read any report and then you can Save to Your Computer.

The 1st report covers all areas and is a large document. If you know the Ward or area you want the crime rates for, choose that One only.

Crime Reports for All Areas in Ottawa (long read)

Get more information on Crime Analisys and Statistics in Ottawa Ontario Canada from the Ottawa Police Website.

There is a new Google-Based Crime Mapping Tool Available. Use this Mapping Tool to find the Ottawa Neighbourhoods with the Highest Crime Rates.

Crimes included within the reports include:

Listings - by Type of Property